I have always had great interest in collecting different things. It began with beercans and other beeradvertisments.

The first 250 I had unsorted in a cookiejar until my father got the idea to put them in an empty cd-case. Every case has a capacity of 15-16 pieces and since this time I have a good archive system. The foreign caps I have sorted by countries and the german ones are sorted by the cities that I know. My collection over the years has grown from what it first was.

Until July of 2000 I had already 1800 different beer caps collected. Friends and acquaintances of mine always brought caps from there vacations, but I was always on the search after new caps. And so every drink market had a special meaning for me, and I also learned different tastes and foreign beers. The tastes of these beers ranged from very sweet (with strawberries and cherries), fine herbs and seasonings up to hot drinks (Chili Beer from the USA)

Later, I got the Internet and became acquainted with a lot more collecters from all over the world. Because of that I began collecting other kinds of caps (e.g. Limo, Cola, Water, Wine...). Though this came obviously a whole lot more to collect at the moment an end is not seeable... 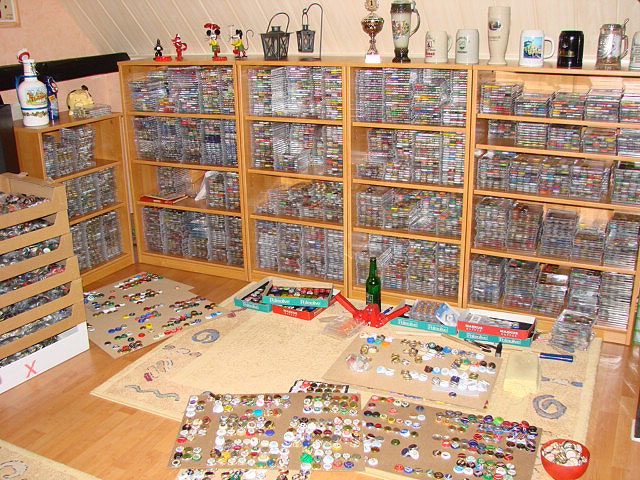 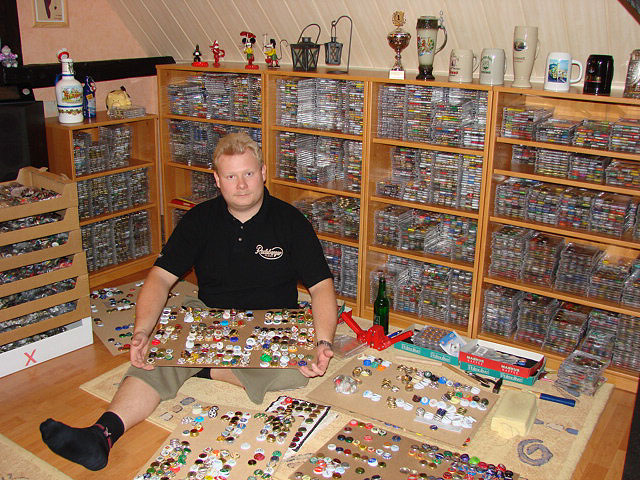